The article concentrated on the idea that college radio is dying out, and profiled four campus radio stations, including Rev 89, that were enjoying a high level of success.

Rev 89 uses its college station as training for those pursuing radio careers. It focuses on the top 40 format, which is a contrast to the stereotypical alternative or Indie formats that are often used at college stations.

Former Rev 89 manager Sam Lovato, now a faculty member in the mass communications department, changed the station’s normal block programming format to a modern rock station in 1995 in order to mimic a commercial station, said Jenna Mangino, the station manager. Rev 89 has followed a strict programming style ever since.

Mangino, was quoted in the story in the Oct. 24 issue, “Institutions of Higher Learning…About Top 40.”

A recent graduate of the CSU-Pueblo, Mangino spent almost two years as a promotions manager for the local Clear Channel station before returning to CSU-Pueblo.

Despite news sources reporting that student interest in the radio industry is declining, Mangino says interest is still high at CSU-Pueblo.

“You’d be surprised at the number of students enrolling,” Mangino said, “Our radio program has never been more popular. Students love the learning experience, and apply it to a variety of occupation options including journalism, advertising, public relations, television and new media as well as radio.”

CSU-Pueblo is the only university in Colorado that offers on-campus, applied experiences in public television, public radio stations, print publications and online publications.

To be eligible for a shift on Rev 89, any student majoring or minoring in mass communications must complete an introductory radio course and enroll in a three-credit-hour, hands-on media lab. 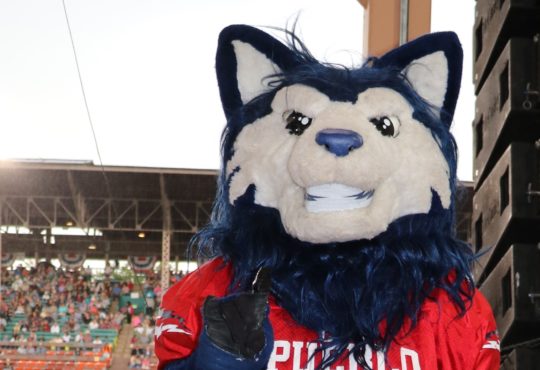 Outdoor Pursuits offers a way to connect outside the classroom