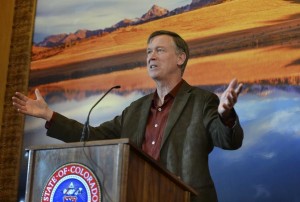 Mass shootings such as the Aurora theater shooting and the Newtown, Connecticut, school shooting prompted Colorado Gov. John Hickenlooper to improve the state’s mental health care, which would “reduce the probability of bad things happening to good people.”

Among the changes in the nearly $20 million system overhaul is a mental health crisis hotline that is set to go live in August and walk-in centers that will be open 24-hours a day and seven days a week.

Denver based Metro Crisis Center has a $3 million contract with the state for its services, but the bidding process didn’t come with effortlessness, according to the Denver Post.

The plan to launch the call center was delayed because of a failed bidding process, which resulted in one company taking the state to court over a revoked contract.

Currently, Metro Crisis Center receives around 100 calls per day related to mental health, but that is set to jump to around 500 calls each day when the center opens up statewide.

Metro Crisis Center’s website says they commonly deal with calls about depression, stress, anxiety, self-harming and suicidal thoughts in addition to calls about relationship problems, grief and loss, concerns about friends and family members, recovery support, resource questions and many other issues.

Patrick Fox, deputy director of clinical services for the states Office of Behavioral Health, told the Denver Post that the system will be a huge benefit for Colorado. For Hickenlooper the overhaul is as much about reducing violence as it is about improving the system.

Talks between Hickenlooper and Human Services Director Reggie Bicha about the reform began in the days following the Aurora theater shooting in 2012.

“We have a number of indications that trained personnel can identify … . Oftentimes, a relatively short period of restraint allows someone to get through a difficult phase,” Hickenlooper told Denver Post in December 2012. “Again, one of the key points is to make sure we have trained professionals in position in real time to — where necessary — intervene in these cases.”

Other aspects of the overhaul include rewriting three mental health laws, allowing court proceedings regarding mental health issues to be entered more quickly into the Colorado Bureau of Investigation’s firearm registries, so that gun dealers would have more up to date information, and more funding for additional beds at prisons and mental health hospitals.

What queens are made of