The Pueblo based Steel City Theater Company is celebrating its first anniversary in its new location.

Though founded 13 years ago, SCTC was taken over eight years ago by Jason Laughrey, Andrea Garrett and Brandie Brown, with the help of friends and family.

The company has performed in different theaters around Pueblo, including CSU-Pueblo, Pueblo Community College, Sangre de Cristo Arts Center and Central High School, but the trio said they always had the dream of one day having their own theater to call home.

Central High School was the SCTC’s unofficial theater home for about four years, but just last year, after research and fundraising, they found a new, permanent location for their company.

SCTC is now located in the heart of Pueblo at 241 S. Santa Fe Ave., where Patti’s Restaurant used to be located. Oct. 1 was SCTC’s first anniversary in their new home.

“I remember the feeling of having our new theater,” Jason Laughrey said. “As the artistic director, I know that things are not always going to work out perfectly when it comes to performing, but just knowing how hard all of us have worked to become who we have become, (made) that opening night at our new home unforgettable.”

As part of their anniversary celebration, the nonprofit group will be bringing a well-known seasonal performance to the stage: “The Rocky Horror Picture Show.”

Garrett said “Rocky Horror” has always been one of the most requested by SCTC’s audience. She said she wanted to direct the show for a while, but it never seemed to be a perfect time.

Although SCTC has a history of making big productions happen, such as “Chicago” and “Grease,” Garrett said she wanted to wait for the right time to perform the infamous “Rocky Horror.”

Now that they know the facility better, and all the little details of the building have been taken care of, they considered this to be the time to bring “Rocky Horror” to the SCTC stage.

Many people are excited for the “Rocky Horror” show, but there are also some locals who consider the show vague and tasteless.

Brown said that what is really important is that the audience understands that the show is based on a spoof of B-rated movies.

“It was meant to be ridiculous,” she said. “Those that love the show, love it because it is (a) silly and fun cult classic.”

“Rocky Horror” is known for controversy and the sexual exposure of its characters in chaotic and weird situations.

Performances for “Rocky Horror” will be held Oct. 10-25 at the SCTC. Garrett will direct the show with the help of Laughrey, and Rachel Jaco as dance captain, will perform in the show.

In addition to “Rocky Horror,” SCTC will also be performing “The Iliad,” “A Charlie Brown Christmas” and “The Eight: Reindeer Monologues” this fall.

Information about the SCTC can be found on their website at sctcpueblo.com. 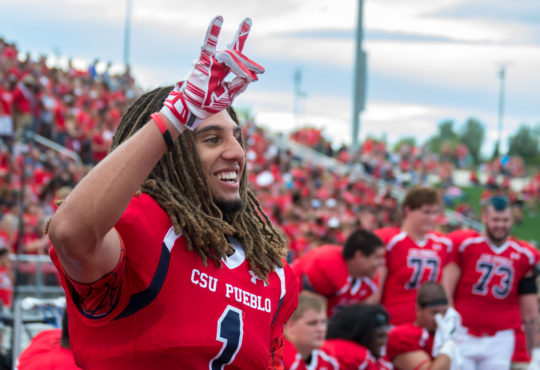 Women’s and men’s basketball take on UCCS this weekend