Starting at 5:30 p.m., approximately 90 CSU-Pueblo student leaders were treated to a meal provided by Chartwells.

Following the meal, CSU-Pueblo’s Duane Brown led a collegiate empowerment presentation. He was engaging and energetic, which was just what the students needed.

He started with an unexpected statement.

“Most student organizations don’t work because they aren’t designed to work,” he said.

After providing the students with insightful leadership skills, Brown proceeded to involve the students in an activity, which got them excited prior to a presentation about how everyone can build their organizations.

His presentation revolved around a story about a cargo ship that was traveling, and down in the control room some of the ship workers heard an strange sound from the engine.

As it turned out, the sound was engine slowing down and coming to a halt.

Because a mechanic was on the ship and had a small hammer and a bit of knowledge, he walked to a red valve and simply tapped it. Once he tapped the valve on the engine, the ship began to run more smoothly and regain its rhythm.

Brown went on to say that the captain received a $1000 invoice from the captain, with a $900.50 charge for “knowing where the valve is.”

Brown then explained how in every organization there is a red valve, and if the worker was in charge of a task that he was good at, it would have saved $1000.

“If organizations understand that leaders don’t have to be well-rounded or multi-task they will accomplish lots more,” Brown said.

When you are good at everything, you are genius at nothing. As for multi-tasking, you divide your time, energy, and talent and become less focused. Life’s too short to do the things you suck at.”

“Finding what will work for each person in each organization is the first step to becoming successful. Once that is accomplished your legacy begins,” he said. 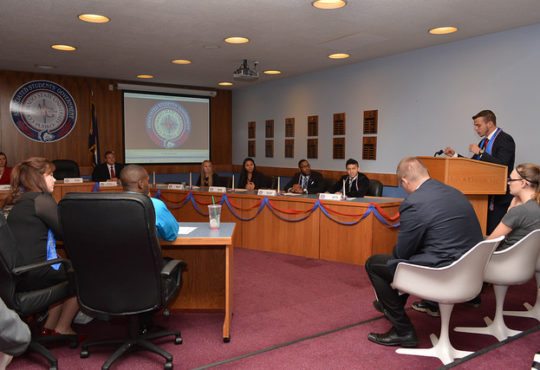 Colorado ski season on the horizon