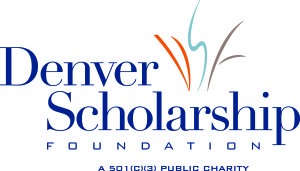 The Denver Scholarship Foundation program at Colorado State University-Pueblo has consistantly excelled academically and has one of the highest success rates of the 40 technical, community and four-year colleges and universities in Colorado that participate in the program.

In the 2013-2014 school year, of the 60 DSF scholars at CSU-Pueblo, 98 percent met their academic requirements. There are 74 students in the DSF program this school year.

DSF was founded in 2006, and according to its website, its mission is “to inspire and empower Denver Public Schools’ students to enroll in and graduate from postsecondary institutions of higher education, by providing tools, knowledge and financial resources essential for success.”

In a video filmed for CSU-Pueblo on the DSF program, student scholars discussed how DSF has offered them, not only opportunities, but hope to succeed in education beyond the high school level, which is not a viable option for many DPS students.

“When I came in as a freshman, I knew nothing, but there are some programs that DSF has that really sets you up for success,” said Edward Kusi-Mensah, a sophomore majoring in mass communications.

“They’re just there to help make sure that you graduate and help you along the way,” he said.

Jaszymn Johnson, a junior exercise science major said that the students, environment, and opportunities that she gets from DSF have changed her experience in college.

“Denver Scholarship Foundation is basically your support, when you don’t even believe in yourself to do it. It’s more than just money. Without it, I wouldn’t be as successful as I am now, because I wouldn’t have met the people I met or gone to the study sessions I went to,” Johnson said.

A reception was held Friday to honor DSF scholars. Colorado Lieutenant Gov. Joe Garcia was among the guest speakers at the event. He was president of CSU-Pueblo from 2006 to 2010.

DSF is one of the eight programs being celebrated by Garcia as part of the Colorado Completes initiative. A key component of the initiative is to increase access to postsecondary education, while enhancing student support services.

“We want to make sure that you not only persist but also graduate.”

According to Garcia, the partnership with DSF is exceptional, seeing a growth in persistence from 60 percent to 90 percent.

CSU-Pueblo DSF adviser Jishirll Clifton said that the student requirements and success rates are what make the school different.

“There isn’t another school that has so many requirements, but I don’t think there is as much support at other schools as we have here,” Clifton said.

“I think holding the students accountable is what works. Students know, if they don’t meet the requirements, they will not be awarded the scholarship the following semester,” she said.

“They give you the tools and the right equipment that you need to be successful in your college years,” Kusi Mensah said. “They talk to us about work after college and how to improve our resumes, so even though we are still in school, they have given us this workshop, preparing us for the work field before we even step out.”

“I just wanted to get my bachelor’s and be done, but now I actually want to get my masters, get a doctorate and go further in life,” said Miriam Flores, a CSU-Pueblo senior. “If you actually try, you can achieve your dreams. There’re people out there, like the scholarships that actually help you and want you to succeed in life. If anybody tells you, ‘no, it’s not possible,’ DSF can make it possible.”