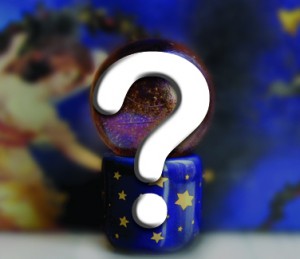 Recently, a Colorado State University-Pueblo student sent a rebuttal to an article written about the Pueblo Holistic Health and Living Fair. The student’s letter can be read below, along with a response by Editor in Chief, Bill Dagendesh.

The first thing I noticed when I read the article on the Holistic Health Fair was that there was no skeptic’s opinion on the Pueblo Holistic Health and Living Fair. I suppose it’s rare for a skeptic to even participate, but for the sake of healthy discussion and progress, I want to engage the readers and participants of the holistic fair with opposition.

I’m afraid that this approach to health and wellness deeply pollutes the academic climate that we’re trying to create at CSU-Pueblo.

Palm readings, numerology, and astrology are all aspects of “magical thinking.” Take palm reading for example; in this instance the individual feels a connection to spirituality that the palm reader is able to create by means of “Cold Reading.”

This approach simply provides one with enough evidence that what one is experiencing is isolated to one’s situation. Providing the individual with enough general information to fill in the gaps is very effective in gaining trust and creating the belief that the experience is real.

“In the course of a successful reading, the psychic may provide most of the words, but it is the client that provides most of the meaning and all of the significance,” Ian Rowland, an entertainer and writer said. This is the essence of palm reading, astrology, and numerology.

Not everyone, according to the article, was promoting the metaphysical. Some aspects of the Holistic Health Fair may have had good intent, like the massages that provided tangible rewards. Massages are physical not metaphysical.

Homeopathic medicine is another aspect of alternative or holistic medicine. I am a shopper at Whole Foods because most of the products are organic, but I stay away from the homeopathic ‘medicine’ because it is almost entirely water.

Physicist and emeritus professor at the University of Maryland, Robert L. Park, said, “since the least amount of a substance in a solution is one molecule, a 30C solution would have to have at least one molecule of the original substance dissolved in a minimum of 1 to the tenth power molecules of water. This would require a container more than 30 billion times the size of the Earth.”

This just goes to show that homeopathic ‘medicine’ provides no more than a placebo effect on the customer.

I’m not saying the Pueblo Holistic Health and Living Fair had malicious intent and I don’t have a problem with being open minded, but we should consider these issues before allowing metaphysical fairs at CSU-Pueblo.

While the participants of the fair may not have been required to pay for services rendered, the fair did provide visibility for the palm readers’, numerology gurus’, and astrology professionals’ businesses. We should at least be skeptical and always question the real value of any organization or group that claims to know something about the metaphysical, mysterious, or otherwise non-physical, especially if it is at the expense of the individual.

People refused to comment on the holistic fair because they didn’t want their name associated with what others regard as “mystical nonsense.” Other people said such an event should not have been allowed to take place on campus. CSU-Pueblo provides a variety of events to those who might be interested in them.  In the end, it is up to people to explore these events whether they approve or disapprove of their being held on campus.

Alumni Assoc. teams up with OSA for homecoming

Crack the Girl Code this Friday