Tony Mendez, on whose book the movie “Argo” was based, was the distinguished speaker on Feb. 26 at Colorado State University-Pueblo.

Tony and Jonna Mendez, former CIA technical operations officers, drew approximately 450 guests to the Occhiato University Center Ballroom with their talk about the real-life mission and how it differed from the movie.

The movie is based in 1979, when the Iranians overran the American embassy in Iran and took hostages. Six Americans escaped and fled to New Zealand, British and Canadian embassy houses, where they spent 86 days in the Canadian Embassy prior to rescue. The rescue came when Tony Mendez snuck out the hostages disguised as a movie crew, with some help from Hollywood.

The movie “Argo” was created upon the publication of the mission and the retirement of the operatives. CSU-Pueblo showed the film, “Argo” in anticipation of Tony Mendez’s talk.

“The reason that the operation was released is because Tony was named and honored as one of the top 50 officers ever to be employed in the CIA. He was recognized for his creativity specifically with disguises. He was a fabulous intelligence officer, and he could negotiate in politics,” said Jonna Mendez, Tony Mendez’s wife. She did most of the commentary.

During his award ceremony for retirement, the CIA approved one “story” or mission that they would publicize, and “Argo” was that mission, though Tony Mendez declined to speak to acclaimed journalist Tom Brokaw.

The duo summarized the mission coupled with clips of the film. They would distinguish scenes that were fictitious and real.

“Everyone thought they needed more credit,” Jonna Mendez said. “It was Tony who did it. But at the time, Tony had no idea how to rescue them.”

“Desperation is the mother of invention,” Tony Mendez said.

Tony Mendez needed a way in, but ruled out teachers, gas explorers and journalists. When he realized that a movie scout crew could number six, he immediately contacted Hollywood.

The problem was convincing the political groups, such as the CIA, that decided the missions, but Tony Mendez managed to convince them. His team executed the mission and was successful in safely returning the Americans.

Tony and Jonna Mendez gave the true story of the fictitious plane chase in the movie.

“They boarded the plane and looked out the windows. They were terrified, but there was no chase,” Jonna Mendez said.

The night ended with an explanation of one part of the story that wasn’t in the movie: the return of the Americans to freedom.

“When they landed in Zürich, one kissed the tarmac. There was a van with three departments of security people waiting for them. No hello, no thank you, no goodbye, so we went to lunch. And that’s the life of a CIA agent,” Jonna Mendez said.

Tony Mendez earned the Intelligence Star for Valor for this rescue, and upon retirement earned several additional awards including the CIA’s Intelligence Medal of Merit, two Certificates of Distinction and the Trailblazer Medallion.

A book signing at the student center followed the talk.

Writing these books takes a lot of review from the CIA.

“We pitch ideas and if we are allowed the CIA starts a file to review. We have to submit it five to six times and working with time lines and contracts becomes a little tough at times,” Jonna Mendez said.

The couple still worries about threats today from people who have learned their identities through this process.

“We forward any ominous messages to the appropriate authorities,” Tony Mendez said.

Many students enjoyed the presentation and the unique perspective it came from.

“I liked the evening turnout,” said Vanessa Gallegos. “I especially liked that they cracked jokes and told interesting tales. I liked the wife’s side.” 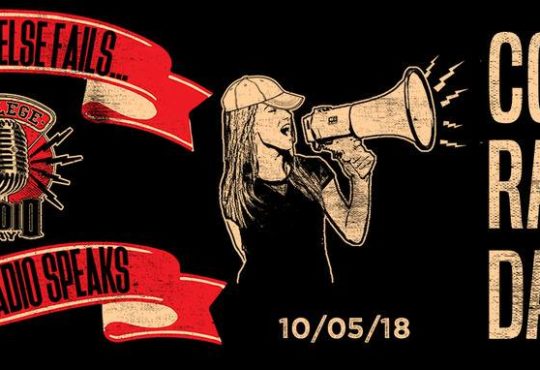 Behind the scenes of the Associated Students’ Government “Harlem Shake”