In 2009, J.J. Abrams introduced us to the re-imagined world of “Star Trek,” full of epic space battles, high tech gadgetry and green women.

Now, nearly four years later, Abrams gives us that sequel in “Star Trek: Into Darkness,” but is the return to Starfleet worth it, or is does the movie mark the franchise’s final frontier?

Chris Pine reprises his role as James T. Kirk, the rule-breaking and overconfident captain of the U.S.S. Enterprise. When Kirk disobeys his prime objective by exposing his ship’s presence in an attempt to save both the lives of a primitive alien race and the life of his First Officer Spock (Zachary Quinto) he is reprimanded for his actions and stripped of his rank.

However, when the head of Starfleet Command and personal mentor Adm. Christopher Pike (Bruce Greenwood) are killed by rouge Starfleet agent John Harrison (Benedict Cumberbatch) Kirk and crew are tasked with hunting down the terrorist before war breaks out between the aggressive Klingon Empire and the Federation.

Like Abrams’ first Star Trek film, the events of “Star Trek: Into Darkness” takes place before the start of the original television series. Unlike Abrams’ first Star Trek film, “Star Trek: Into Darkness” does not attempt to go where no man has gone before and fails to live up to the originality of it prequel.

Where the movie fails to break out of darkness is in its attempt to appeal to the franchises hardcore fans rather than the average moviegoer. At several points it seemed like the director tried to force dialogue that represented the old perception of its characters rather than moving along with their rebooted personas.

Dr. Lenard McCoy’s (Karl Urban) line “Damn it man I’m a Doctor, not a torpedo expert,” nearly stopped the pace of the movie at a critical point, and it took several moments to reestablish its flow.

Similarly, there are too many big characters in the movie, and trying to give them all quick larger-than-life personified screen time crammed into a two-hour time slot became a cluster.

Tension between Spock and Communication Officer Lt. Nyota Uhura (Zoe Saldana) is supposed to be a sub-plot of the movie, but because the later only has a few big moment scenes the emotional bond between the two characters doesn’t fully establish itself.

The plot of the movie was also constantly changing. As soon as Kirk and his crew finished one mission, a new directive would pop up and propel the movie into a different direction. This gave it more of a TV series feeling than that of a blockbuster hit.

The movie isn’t a complete shipwreck however. The 3D visuals are incredible, and I found myself subconsciously ducking from rouge laser beams that seemingly grazed just above my head.

Some of the alien make-ups were creatively reimagined, and the interior of the U.S.S. Enterprise looked futuristic yet realistic. The reimagined city of London was also visually appealing although some of the computer-generated graphics was noticeable during the movies climatic finale.

The chemistry between Chris Pine and Zachary Quinto was also remarkably strong. Playing completely opposite characters, the comical banter between the two often ended in laughter from the audience. Benedict Cumberbatch’s role as the serious and unstoppable villain of the movie was also well acted, and several times I found myself sympathizing with his character’s motive.

Even with its forced fan-based moments and overcrowded cast that ultimately prevent “Star Trek: Into Darkness” from breaking the same ground that its predecessor did, I still enjoyed the movie. True hard-core fans might get more out of it than the casual moviegoer, but it has enough action and visual appeal to entertain both for a few hours. I would give it three out of five stars. 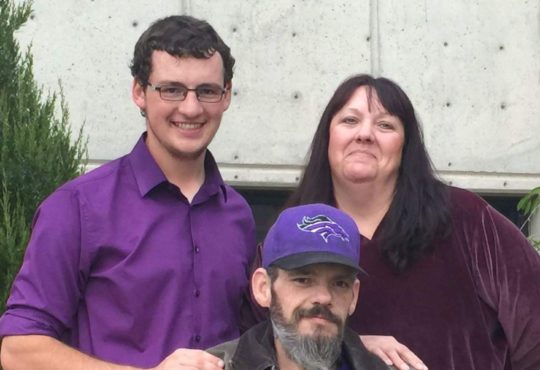 Walking for the cure

You know you want to know what we know