Students attending Colorado State University-Pueblo next fall may notice an increase in their tuition, though at this time it is unknown how much increase will be.

When Colorado passes the state budget bill July 1, it could leave a hole in the budget at CSU-Pueblo, which can only be backfilled by increased tuition and increased enrollment.

Joanne Ballard, the vice president for finance and administration at CSU-Pueblo, said the school lost $663,000 last year and is estimating a total loss of $1.2 to $2.3 million in a one-time hit reduction of base funding.

The primary determining factor in the tuition increase will be the Colorado State Budget Bill which is just beginning the process for figuring out the amount of increase. 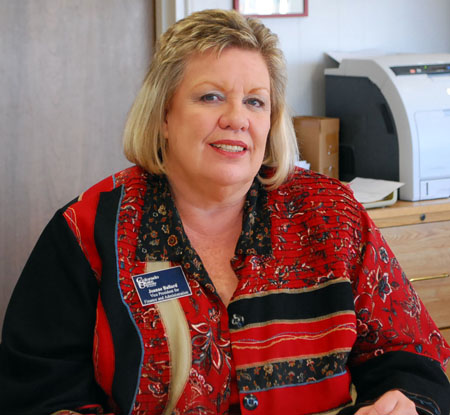 Once the bill is passed, Ballard said she and a finance committee will determine how much tuition should be increased and present it to the Board of Governors of the Colorado State University System. The board will vote July 24.

Past legislatures set a maximum on tuition rate increases, which has been five percent, seven percent and 9.5 percent most recently, Ballard said.

At the moment there are 18 scenarios, Ballard said. Three of those modeling scenarios include 10, 12 and 15 percent increases, she said. Those scenarios will be whittled down as the state budget bill is processed, with the first draft due out late March, giving Ballard a hint of the direction of the cuts, she said.

“We did not want two digits, but the doors wouldn’t stay open with a one-digit increase,” said Ballard of the pending increases.

The other unknown factor in this equation is a possible enrollment increase. While new students may increase by 11 percent, only a five to seven percent increase is being budgeted, Ballard explained.

“If our enrollment stays strong, there will be no layoffs or reduction of services,” Ballard said.

“No one wants it to fall on the backs of the students, but without state funding there is no other option,” Ballard said.

Tuition rates and fees for residential, full-time students around Colorado, according to each school’s Web site:

How CSU-Pueblo stacks up nationally