She is responsible for keeping graduates connected to the university, and whenever they are in the news she is likely one of the first to know. Whether it is a wedding announcement, a birth announcement or news related to an alumni’s career, Samora laminates the article and sends the featured graduate a hand-written note.

“It doesn’t always start that way,” she confessed, “It really depends on the time of year.”

She is a one-woman department, and though the Alumni Association is composed of a board, Samora is the only paid staff member. That means any event planned and hosted by the association involves a lot of work from her.

From August until December she is busy planning homecoming events and the home-game tailgate parties put on by the association in addition to working with the board.

Events are one of the best ways alumni get involved with their alma mater, Samora said. During homecoming week, the association, in conjunction with the Office of Student Engagement and Leadership, offers a breakfast, a football tailgate party and a dinner for alumni and students to help welcome them back too. It’s one of the best ways for alumni to rally around the Thunderwolves, she said.

Samora, when she’s not tailgating or hosting an event, can be found in her dimly lit office tucked right outside of the Occhiato University Center Ballroom.

As the only staff member for the association on campus, her day would seem remarkably busy and overwhelming. After all, there are more than 40,000 graduates of CSU-Pueblo to keep tabs on, but she often takes time out of her day to chat with alumni who stop by the office.

“That’s probably my favorite part, the human element,” she said.

The alumni who drop in usually want to see what they can get, Samora said. It’s one of the main reasons her and the association’s board has decided to offer a discount program to alumni much like the student program. There are a lot of benefits to graduating from CSU-Pueblo, but it’s nice to have something tangible, she added.

Her job is to keep alums connected to the school, but why are alumni so important to the university?

“Our alums hold that history, that school pride. They are a walking billboard of what this institution can provide,” Samora said.

If asked about her connection to the university, her first response is always, “I’m a very proud alumna.”

Samora graduated from the mass communications department 1994, when the school was still the University of Southern Colorado. If anything could have prepared her for her job as the association’s director, it was her degree, she said.

“You don’t really go to school to be an alumni director,” Samore jokes. She’s been asked before how she ended up in her job.

Since her graduation, Samora said she hasn’t spent a lot of time off campus. In 1996, she returned to the campus to work with Rocky Mountain PBS. After working there for five years, she joined the Alumni Association as a program coordinator for a year. As USC was making the change to CSU-Pueblo, Samora’s position was dissolved, so she found herself working in healthcare.

Five years ago, the position for director opened up, and she knew it was the perfect career move.

“A lot of the skills that I’ve been able to acquire through other positions I’ve held really all culminated into being an alumni director, oddly enough,” she said.

Samora describes the job as a mesh of everything else she’s done. She does a lot writing, public speaking, event planning and volunteer management.

So, it really made sense for her to take the position. Even though it wasn’t the political reporter job she first had her sights on as a young college freshman or the well-paying radio job she hoped for as a graduate, she said every job she’s had in her career was within her field of study.

“I love this institution because it did change my life,” she said. “I decided to stay here (in Pueblo) and come to my local university. I would not have it any other way.” 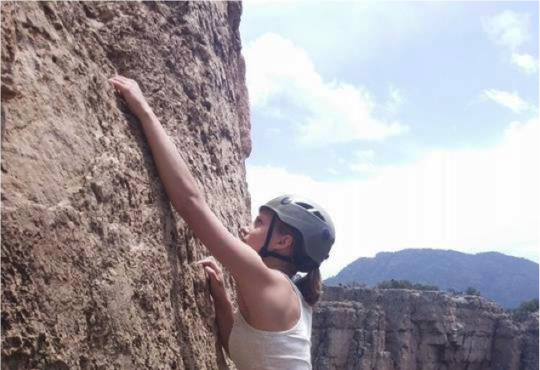 Pack and Rams are evenly matched for playoff game