Students and staff gathered in the Occhiato University Center Ballroom at Colorado State University- Pueblo on Tuesday, March 12 for an event called “Watch Yo’ Mouth,” put on by the staff of the Diversity Resource Center.

The event, “Watch Yo’ Mouth,” was put in place to educate students and staff on words and phrases that they use and may not find offensive but people of other ethnicities, races, religions and sexual preferences may find offensive.

The event, “Watch Yo’ Mouth,” was taken to the DRC by senior mass communications student, Daveon Ackinsanya, who is also a member of the Residence Life staff.

Ackinsanya experienced an encounter where a few other students called him a monkey, in a joking manner. The students were completely shocked to find out that Ackinsanya was offended by the remark.

At the time, the students that made the remark did not realize that the word had a negative connotation in the African American community.

This particular encounter prompted Ackinsanya to help educate as many students on campus of the history of derogatory words and phrases.

“Daveon approached us after watching some comedian, then he thought about his story of when a few people who lived on his floor were joking around calling him a monkey, and he wanted us to do a program about the importance of how we use our language and the history of derogatory words,” Director of Programming Staff in the DRC Elizabeth Woods said.

The same video clip of the comedian was played during the first half of the event. In this video, the comedian stated that these words are only offensive if we take offense to them.

The point of the night was for students to not let the negative things that others say define who they are.

“I thought it was a great event. I appreciate programs and events such as that, which allow people to have a needed discussion,” Sherrea Elliot, senior mass communications major said.

Students in the audience shouted out things that they find offensive which helped to educate others on the offensive things they say unknowingly.

Students were proud to see such unity among each other on campus.

“It’s cool to see one of our classmates’ reaching out to the peers to discuss controversial topics like something as simple as the words we use, “Tyrone Holt, a senior cellular and molecular biology and sociology double major said. 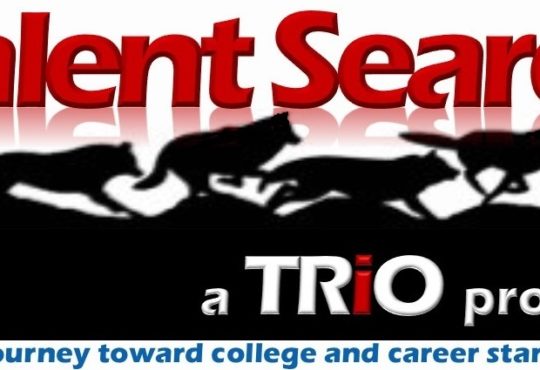 The Pack dominates at Adams State